Using a best-of-breed technology strategy provided Cincinnati-based Western & Southern Life Insurance Co. with diverse communications functionalities, but it eventually caused integration headaches, says Joe Lynch Jr., assistant VP for the insurer's client relationship center. "Although we worked to sync up our PBX, IVR [interactive voice response], dialer and other components, it was never seamless," he acknowledges. "Also, as we grew, separate call centers popped up in departments across the enterprise, creating further inefficiencies." 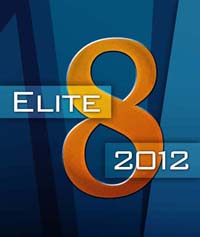 Each year, the editors of Insurance & Technology recognize eight insurance technology executives based on their accomplishments, leadership and vision. This year's Elite 8 will be honored at I&T's 2012 Executive Summit, Nov. 4-7 at the Terranea Resort in Rancho Palos Verdes, Calif.

To reverse that trend, Western & Southern Life Insurance, a subsidiary of Western & Southern Financial Group ($37 billion in total assets), set out on a multiyear consolidation initiative in 2004. The life insurer began by evaluating 30 solutions. "At the end of the day, the Customer Interaction Center (CIC) by Interactive Intelligence came out ahead," Lynch says.

To deploy the solution, Western & Southern invested in several Microsoft Windows-enabled HP servers and installed CIC without disturbing its existing traditional private branch exchange. "Initially, we left the PBX in place as a failsafe," explains Lynch. "But we never once had to failover."

A staged rollout began in July 2005 with CIC's IVR, voicemail and inbound call functions. "When these ran stably for about a month, then we rolled out chat and email," notes Lynch. "About a month later the dialer went live."

Technology hurdles throughout the process were minor, according to Lynch. "For instance, the automated dialer didn't fully support some features as anticipated," he comments. But, "Interactive Intelligence [Indianapolis] implemented patches for us that it subsequently baked into CIC."

On the other hand, change management proved challenging. "Where there was pushback, we addressed concerns by implementing the technology but leaving existing processes intact," Lynch relates. "Later we'd begin moving people onto the new platform."

Next, in early 2006, Western & Southern began consolidating departmental call centers into one primary center. During this process, the new setup's efficiencies began attracting attention among the other Western & Southern subsidiaries, resulting in the purchase of a second instance of CIC to service those areas. But the second rollout was rockier than the first. "We went straight to SIP [session Internet protocol]," Lynch explains. "Initially, there were many dropped packets. But we discovered it was our own networking infrastructure that needed adjustments."

Western & Southern began the initiative's final phase in 2008, which consisted of moving its 180 branch offices from local telecom carriers onto an IP-based platform. After another round of vendor evaluations, Interactive Intelligence again scored highest, and by fall 2010 a third instance of CIC launched successfully. "We saw immediate savings, particularly on long distance charges," Lynch observes.

The ongoing benefits also have been sizeable, Lynch reports. "For example, before CIC, we rarely changed IVR prompts because it took our external vendor a three-week turnaround," he says. "Now our contact center manages the IVR with a few mouse clicks. We've gone from 9 percent of callers using IVR to 40 percent, saving us approximately $220,000 annually." Plus, the ability to record 100 percent of calls supplies training, compliance and risk-reduction rewards. "We also utilize post-call surveys, which have held steady at a 97.8 percent satisfaction rate," Lynch notes.

Future plans include exploring the consolidation of IT systems supporting the three separate CIC instances and mobile applications for agents. But in the meantime, CIC already has transformed the insurer's interactions with its agents and customers, Lynch emphasizes. "Regardless of the type of interaction, we can route inquiries to the best available assistance," he says. "This, in turn, enables leveraging the talents within our workforce most effectively."