Sometimes providence provides. Such was the case for Duluth, Ga.-based life insurer Primerica when a mobile enterprise business intelligence solution literally walked in the door. 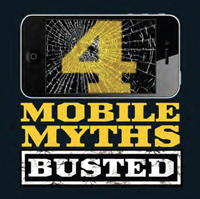 “We’d previously invested in IBM’s Cognos but hadn’t attempted to roll it out for mobile,” recalls David Wade, CIO for Primerica. “Then, in early February 2011, the same individual who sold us Cognos came in representing a new company, MeLLmo [San Diego]. He showed us their presentation layer, Roambi, that users access by downloading an app for Apple's iPhones and iPads.” Ever vigilant for ways to provide business users with intuitive technologies that complement Primerica’s lean IT organization, Wade called in Primerica EVP Mike Adams to have a look. “ But Mike was so excited that he pulled some data subsets from our mainframe and, over a weekend without any IT involvement, used the [templates available in] Roambi to build four dashboards, called 'Views,' for our top 250 producers,” Wade recounts.

Sold on the technology, Primerica ($9.9 billion in total assets) proceeded to develop a strategy for rolling out Roambi to approximately 4,000 full-time independent contractors who serve as the insurer’s regional VPs. "They manage another approximately 90,000 independent agents across North America," Wade notes.

"However, there is no confidential customer data," he quickly adds. "The only data that users access is their own production data, such as ... information around the lines-of-business products they sell and submitted premiums."

While integrating Roambi and building 14 proprietary dashboards required minimal IT resources, engineering the appropriate security model was a challenge, Wade acknowledges. "At the time, Roambi had little experience with security and compliance requirements in our industry," he relates. "So we had to engineer an acceptable, auditable security model ourselves." Primerica debuted the new solution in June 2011 during a seminar attended by 8,000 of its representatives. "There was a lot of applause," Wade says.

Connected Even When You’re Not

Of considerable benefit to Primerica's producers is Roambi’s true mobility, Wade adds. "Once you’ve downloaded data onto an iPhone or iPad, you don’t have to be connected," he says. "For example, if you use the Rolodex feature, you connect to an agent or a recruit with the touch of a button. That’s a big productivity enhancer if you’re managing thousands of people."

According to Wade, MeLLmo has been responsive to the carrier’s requests. "So far they’ve included 30 of our [enhancement] requests," he says. And supporting the solution is a breeze. "We have a programmer, a web designer and a part-time data center resource on the web server side," Wade reports. Moving forward, Primerica plans to adopt Roambi’s electronic publishing engine to enable pushing out high-quality documents. "We’d like to get out of the printing business," Wade says.

Roambi supplied the right solution at the right time, "without requiring us to build anything," he concludes. "Just map your data to a dashboard and you have a fantastic experience."