50%
Tweet
By leveraging its network to implement an IP-enabled security system from Johnson Controls, EMC Insurance cuts operating costs in half.

As its physical access system became outdated in 2009, EMC Insurance Companies (EMC)identified an opportunity to leverage its IT systems to streamline operations. "The system was obsolete, and the manufacturer no longer supported it," recalls Scott Gooch, control center supervisor for the Des Moines, Iowa-based carrier. "This was an unacceptable operational risk."

According to Gooch, EMC needed a solution for its six buildings and three parking facilities in Des Moines, plus a remote suburban location. Additionally, the insurer required remote management capabilities for four floors it leases to a law firm within its main, 20-story building. 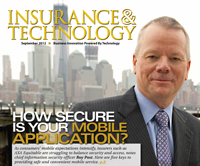 The average loss in brand value for a company that experiences a data breach can reach more than $300 million, according to PwC. And the collective loss of consumer trust in the industry can be even more costly. Insurance & Technology's September digital issue examines the strategies and tools insurance companies are using to provide an exceptional customer experience without compromising security.

A due diligence visit to another P2000 user clinched the deal. "The system was dynamic and intuitive," recounts Gooch. "It was easy to build access groups and administer individual employee credentials. Since others used the system to manage hundreds of buildings, I knew it would work for us."

To accommodate the system, EMC invested in a new quad-core Windows-enabled blade server. Otherwise, IT's implementation involvement was minimal, according to Mike Lucas, senior operating systems analyst for EMC. "We segregated the P2000 IP traffic from our corporate traffic by creating the P2000 infrastructure on its own subnet," Lucas explains. "The server, management stations and all of the HID Global [Irvine, Calif.] card readers reside on this stand-alone subnet."

During May and June 2010, Johnson Controls installed, integrated and rolled out the system while EMC concentrated on reissuing badges for 1,800 employees. "Our biggest challenge was requiring employees to carry two badges for about a month when both systems ran in parallel," says Gooch. "Otherwise, it was a non-disruptive experience."

In mid-2011, EMC migrated its security cameras off of another legacy platform and consolidated them onto the P2000, Gooch reports. And later this year, upon completion of the company's new enterprise VOIP telephone system, the intercom function also will migrate to the P2000.

The benefits are revealing. "When a person hits the intercom, we can physically see who made the call," comments Gooch. "This can give us extra information as well as provide our employees with peace of mind. Also, once the VOIP system is in place, we'll instantly know a person's location; now they read us the station number and we look it up."

And operationally, costs have gone down. "For example, whenever we remodel, we save about 50% on every new door," says Gooch. "Plus, when 100 people move to another area, it only takes minutes to rebuild their access. Before, it was several hours."

Other improvements include stronger resiliency and compliance. "Instead of multiple DVRs to record security cameras, digital images are stored on the server, where they're backed up and archived," relates Gooch. "Also, with the previous system, there was no redundancy against crashes. Today that risk is gone."

From an IT perspective, the impacts are negligible. "The business unit administers the P2000, with Johnson Controls handling updates," notes Lucas. "We only manage the underlying platform, which requires about an hour a month."

Moving forward, EMC has the flexibility to bring an additional 20 distant branches onto the system. "I can be monitoring a location anywhere in the country within half a day," notes Gooch. "And every location looks as clear on-screen as if it were right next door."