50%
Tweet
New technology from Cellcontrol, a common partner of insurance companies, can block phones only in the driver's seat, leaving passengers free.

Distracted driving is a hot topic for insurers, and many are launching educational programs aimed at reducing the practice. Some insurers are also offering technology that helps remove the temptation to text while driving by blocking it. That, of course, requires another piece of technology to set up the actual block — an area in which third parties can assist.

Cellcontrol is one such company; it has existing agreements with Esurance and PURE Insurance and, CEO Rob Guba said yesterday in a meeting at the Insurance & Technology office, is working to expand its reach with other insurers.

Cellcontrol's technology has evolved as the OBD-II port — the major integration point for telematic technology — has become contested space. A new iteration of the Cellcontrol technology, instead, mounts behind the rear-view mirror of a vehicle, like EZ-Pass. It features a solar panel to help charge its battery. That means, Guba says, that the technology can actually identify where in the car a phone is, and only block phones in the zone around the driver's seat. 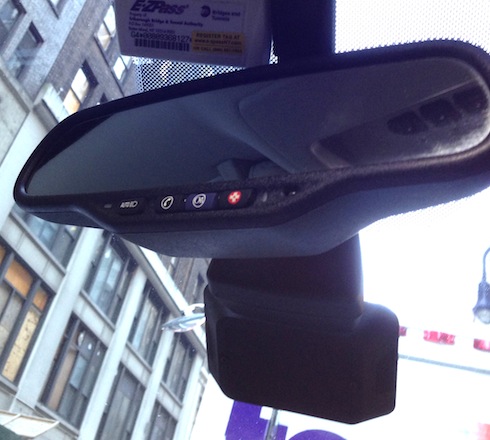 The CellControl device mounted on the windshield

Guba took I&T editors on a short test drive to demonstrate how the new iteration of the technology works. When the car got up to a certain speed — not an easy task on midtown Manhattan streets at holiday time — a screen blanked the functionality on the test phone. 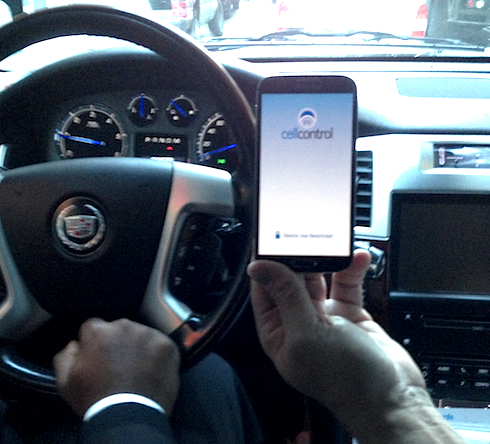 In the driver's zone, the phone is unusable

Guba pulled the phone back into the passenger's seat and the full functionality was restored. The technology, he claims, will help improve the veracity of smartphone-based telematics data. UBI partners — either other vendors or insurance companies — will be able to use Cellcontrol to identify who is driving a car and get driver-specific driving data, not just vehicle-specific.

But, he adds, Cellcontrol's mission remains to help curb distracted driving, and leave UBI up to its partners.

"We're not going to get into the scoring side of this," he says. "We have partners like Danlaw that can integrate this tech with their UBI tech in the vehicle. Companies like that are good at taking the data and scoring it, and we're here to help with hardware if possible."