50%
Tweet
In an exclusive interview with I&T, MetLife executives relate how decisiveness and speed characterized the technology integration resulting from the insurance industry's largest merger of 2005. 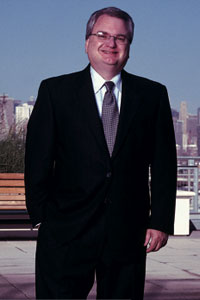 Samuel Johnson, the 18th century essayist and poet, once said that knowing you're going to be hanged in a fortnight concentrates the mind wonderfully. New York-based MetLife ($320 billion in assets) executive vice president and CIO Steve Sheinheit wasn't going to be hanged, and he had more than a fortnight, but on Jan. 30, 2005, he experienced one of the most mind-concentrating moments of his life.

As Sheinheit relates it, MetLife was on the verge of committing to the acquisition of Hartford, Conn.-based Travelers Life & Annuity from Citigroup at a cost of more than $11 billion, and about 30 top executives had gathered at MetLife's Long Island City, N.Y., offices for a go/no-go meeting. Sheinheit's due diligence team initially estimated the time required for technology integration at about three years, but had managed to crunch it down. Feeling confident in his negotiating position, Sheinheit told MetLife CEO and Chairman Bob Benmosche that the job could be done in about 18 months.

"No, Steve," Benmosche replied unequivocally. "By the end of the year."

Benmosche clearly had not borne in mind that an end-of-year change freeze would complicate such a timetable. Under those circumstances, Sheinheit rejoined, "It would be pretty risky trying to complete the integration in that last month of the year."

"You're right," Benmosche conceded. "Do it by November."

As Sheinheit drove home that Sunday afternoon, the "it" he had to contemplate doing within 11 months was the absorption of a 4,000-plus-employee company's systems, from infrastructure, to desktops, to corporate and policy processing systems. The initiative would involve more than 600 IT applications and 88 locations, both domestic and global, including five countries where MetLife had no previous footprint. To complete the project, Sheinheit would supervise seven project management offices (PMOs), one oversight PMO and 50 integration teams.

The decisiveness Bob Benmosche exemplified at the go/no-go meeting was formalized in the approach MetLife would apply to the technology integration and the merger as a whole. Among several explicit guiding principles was the application of the "One MetLife" goal, which has characterized intracompany systems and organizational development over the past few years. As a result, according to Douglas Barone, vice president, MetLife, "There was never a question about what our strategic issue was going to be, whether about the systems environment, the employee base or organizational structure." Barone, who ran the corporate-level Project Integration Management Office (PIMO) established to drive the merger's completion, says it was clear that "There wasn't going to be an entity called Travelers when this was over."

That way of thinking also drove the determination that, with few exceptions, the systems targeted to survive the merger were MetLife's. While the time frame didn't permit much discussion, "Given size and scale, and the investments we had made, the destination system was generally the MetLife system," Sheinheit says.

Any decisions calculated to streamline the integration process were helpful since Sheinheit's team essentially was months behind before it even started. In the period between MetLife's announcement of the deal on Feb. 1, 2005, and its projected close date of July 1, a number of technology milestones had to be met. In addition to time pressure, significant work had to be completed at a time when MetLife did not yet own Travelers, and concerns about jobs expressed by Connecticut politicians and others threatened the success of the merger. Moreover, according to sources close to the action, at a time when cooperation was most needed, the atmosphere at Travelers was often hostile.

"We realized that in order to be able to achieve integration by Nov. 1, we had to be able to do stress and user-acceptance testing no less than three months before that date," recalls Sheinheit. "That meant that we had design, coding and preliminary testing before we even got to close."

Among the major pre-close systems challenges Sheinheit's team faced was making Travelers' $55 billion investment portfolio accessible to MetLife's managers by the July 1 date. "In order to do that, we had to create new, cleaner environments to determine who could look at the data, and who could do the conversions, testing, etc.," Sheinheit says.

The merger also forced acceleration of ongoing conversions of what were identified as target or "destination systems" indispensable to the integration. According to Sheinheit, "The only way to achieve that was working with our partners in India on a round-the-clock testing structure."