50%
Tweet
Liberty Mutual Agency Markets needs its IT team to continue its strong integration work if it wants its Ohio Casualty and Safeco acquisitions to be successful.

It is Friday, June 20, 2008, and Liberty Mutual Agency Markets VP and CIO James McGlennon is in a conference room in Liberty Mutual Group's Boston-based headquarters discussing integration efforts with Indianapolis-based Bob Lewandowski, director for application portfolio and software development for the Agency Markets unit, via videoconference. A couple of blocks away, stray bits of green and white ticker tape still litter the sidewalks of Boylston Street. 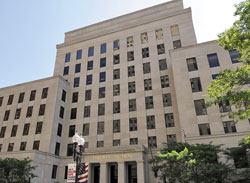 Starring in the parade were Ray Allen and Kevin Garnett, who, along with Paul Pierce, combined to lead the team to the NBA title. Few carriers have made deals as big as the trades last summer that delivered Allen and Garnett to the Celtics, but two acquisitions by Liberty Mutual Group on behalf of its Agency Markets business unit may have as much impact. In August 2007, the company added Ohio Casualty Corp. (Fairfield, Ohio) and its $1.4 billion in net written premium. Then, in April 2008, the insurer agreed to acquire Seattle-based Safeco ($5.9 billion in 2007 net written premium).

When the Safeco deal is finalized -- as early as this summer -- Liberty Mutual ($25.9 billion in annual consolidated revenue) will become the fifth-largest P&C carrier in the United States. But as with the Ohio Casualty acquisition a year earlier, Agency Markets has a challenging road to integration ahead. However, with IT focal points around change management, consolidation and even a little core engineering, the carrier could find its recent acquisitions to be as valuable as Allen and Garnett were to the Celtics.