50%
Tweet
Arkansas Blue Cross and Blue Shield CIO Joseph Smith has made a career out of anticipating the pain points in the health insurance industry and identifying the right technologies to solve them. 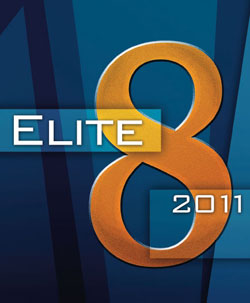 More than any other line of the insurance business, health insurers find themselves under intense pressure from regulators and consumers. Increasingly, lawmakers and policyholders are demanding more transparency into healthcare costs and a better, more equitable customer experience.

And more often than not, meeting these demands largely falls to technologists, who are charged with modernizing processes and creating an IT blueprint to support tomorrow's insurance enterprise. The stakes are high, and the scrutiny is intense, but Joseph Smith, CIO and SVP of private programs at Arkansas Blue Cross and Blue Shield ($1.2 billion in premium income), says his company already has an advantage due to its early commitment to health IT. "We're about 10 years ahead of time," Smith insists. "We actually started work in 1993 on a conceptual design for what you now know today as a health information exchange. We continue to invest in this health IT to provide more capabilities to the provider community."

Onboarding healthcare providers, from large hospital systems to small family physicians' offices, has been one of the top struggles for insurance companies that are developing new health information exchange capabilities; they often are met with resistance on the provider side due to budget, comfort and time pressures. So growing the health information exchange to which Smith refers -- an online portal with links to Arkansas Blue Cross's and other Blue plans' information systems known as the Advanced Health Information Network (AHIN) -- didn't happen overnight, he acknowledges. After reviewing about 50 systems integrators, Smith reports, the Little Rock, Ark.-based carrier worked with IBM (Armonk, N.Y.) to link the many disparate systems, platforms and technologies that providers, payers and employers use to connect with AHIN, which pulls in claims, remittance, eligibility, demographic and authorization data, among other information.

"Now we have it in all but less than 200 locations out of 10,000 [total provider locations in the state]," he says of the AHIN system. "Really, those providers that are missing -- it's their choice; it's available to them. We provide it for free because there's so much value [to policyholders]."

According to Smith, Arkansas Blue Cross and Blue Shield is looking to improve AHIN through "integration of selected health records and practice management systems." This includes "putting in concierge capabilities and other services that are going to help the member and the provider have more integration and functionality," he explains.

Despite Arkansas Blue Cross and Blue Shield's progress on its health information exchange, however, Smith cautions that observers who are looking to health IT as a silver bullet to solve the healthcare industry's problems must practice patience and understand the economic and practical realities of building the systems. There's a lot of information that needs to be processed and standardized, he says, from codes assigned to medical procedures to the way medical devices report abnormalities.

"When you mention some of these issues, you can get kind of a deer-in-the-headlights look, like, 'What is he talking about?'" Smith says. "There's very limited appreciation for how much money it costs and how complex it is to do. It's not just snapping the fingers and putting together pieces of an Erector set or Legos. It's a huge cost to build and a huge cost to maintain -- but no one wants to foot the bill."

The challenges aside, Smith stresses that he is happy to work on these types of projects, which will improve the healthcare system countrywide. "There's going to be lots of incremental costs in the short term; but in the long term, this is certainly worth it," he says.

"We see lots of value in eliminating redundant testing and enabling better communications between the various constituents," Smith continues. "All this stuff we're building is not limited to Arkansas -- we're working on other strategic initiatives right now to make it available outside the state. It's being prompted mainly by employers, as well -- they see it as functionality to get more information to the member and between the member and the provider."

Ultimatey, Smith says, it all comes down to a focus on data quality, access and security -- which is a major focus for Arkansas Blue Cross and Blue Shield and Smith's team. Along with several other Blue companies, he notes, Arkansas Blue Cross and Blue Shield created Blue Health Intelligence, a data warehouse with information on 54 million members across the plans. Arkansas BCBS and four other Blue plans -- which together account for half of those 54 million members -- have invested in Lakeland, Fla.-based Intelimedix, which in turn has developed business intelligence and analytics systems for the massive warehouse.

"All health plans are trying to mine data, but getting better technologies and having it integrated out to the provider is something we think is going to be important," Smith says. "The emerging accountable care organizations and patient-centered medical homes are going to have a thirst for information, and we're going to be well-positioned to provide a lot of the analytics based on what we know about the member."

Internally, the insurer consolidated some informatics units into a common informatics organization, according to Smith. And, true to its reputation for being ahead of the curve, the Arkansas Blue plan had security and access control features in place before HIPAA was made law, he notes.

Smith adds that he understands that intensifying regulation is a reality for the industry, and he says finding ways to innovate and build an optimized organization despite the changing regulatory environment is key to insurers' survival. "The biggest opportunities are to find innovative ways to cope with regulation and find competitive advantage," Smith contends. "With the impacts that we've had from healthcare reform legislation, and large amounts of resources going into compliance with that, we've still been able to continue some of our innovative solutions aimed at reducing administrative costs."

This includes working with other Blue plans and some vendors -- including DST, Trizetto, Hewlett-Packard and NASCO -- on a shared governance model for core insurance systems, Smith reports. Under the model, he explains, several health insurers would operate their systems out of a common data center with the goal of being able to share capabilities and alleviate some of the cost pressures associated with new requirements. This aids all stakeholders in the insurance technology realm, Smith asserts: Vendors won't lose customers because insurance companies are forced by cost pressures to close their doors, and payers will be able to meet new technological mandates at a lower cost.

"[Vendors] have been historically operating under a business model that says, 'We will license you one claims platform,' for example, 'that will run one health plan.' But they're going to have little to no sales of these platforms going forward. Health plans aren't going to be able to afford that," Smith explains. "Because of this consolidation of the healthcare system -- people dropping out of the business and the medical loss ratio constraints that are forcing plans to cut costs -- we put this new model in front of them and looked at the effects from a cost standpoint if we were to consolidate multiple health plans on a common platform, thinking the economies of scale would bear themselves out."

Smith is careful, however, to not refer to the shared solution as a "cloud." Rather, he says, it's a way to share costs and keep both vendors and payers in business.

"There would be telecommunications hard-wired, so it's not exactly the cloud-on-demand thing," Smith says. "Think of it as a limited liability corporation -- if you have five health plans, and you need a capability, you're going to get it, but for 20 percent of the cost. Companies would go out of business if they all had to get all the capabilities required by healthcare reform on their own."