Over the past decade, the insurance industry has been on a steady march to customer-centricity, with a focus on the Internet and the new opportunities of e-commerce. Certainly insurers were alert to the possibilities of mobile communication with customers. But the speed of consumer uptake of mobile computing and smartphones, and the accompanying explosion of social media use — the consumerization phenomenon — took nearly everyone by surprise.

Tricia Blair, SVP and chief digital officer for Radnor, Pa.-based Lincoln Financial Group ($160 billion in assets under management), is a veteran of financial services "digital marketing." She says she has seen a dramatic change in consumer demand. "I was at JPMorgan Chase when we built our first mobile payment application, and nobody was using it," she recalls. But that initial lack of interest, Blair adds, was quickly followed by an unexpectedly sudden adoption of mobile and other digital technologies that require companies to think very differently about the services they must provide customers and the technology applications and infrastructure needed to support them. 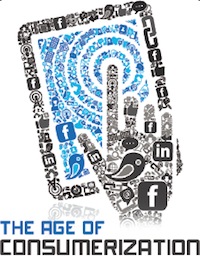 "Consumers now want information in their way, on their time and in device-agnostic fashion," Blair comments. "They want continuity of experience across all the channels they use, and it's pushing us to think much more in-depth about the end-to-end customer experience than we did in the past."

Today, an insurer's relationship with its customers is characterized by a new level of immediacy, Blair says, and this is forcing carriers to think about how they can add value to interactions. The challenge insurers face is rethinking habitual ways of interacting with customers and recasting their organizations' capabilities and efforts in the face of accelerating change.

"To meet the pace at which we need to deliver today, we need strong discipline and process, and a fundamental approach to customer experience and usability," Blair says. "We are focused on driving added value from an outside-in perspective, not inside out, and our job is to be a customer advocate."

That response has taken some adjustment, Blair confides. When she arrived at Lincoln in 2008, the company recognized that its customer-facing systems would be inadequate to meet changing customer expectations. "Our service-delivery platforms were not on a maturity curve to get us to the next stage of evolution — the capabilities to integrate mobile to web to IVR were not inherent in our legacy platforms," Blair relates. "So in 2010 we kicked off a multiyear transformational initiative that is moving Lincoln to a portal technology, enterprise digital content management structure and federated ID management environment that will allow us to provide device-agnostic continuity of customer experience."

Lincoln's outside-in approach to customer experience is key to success in a consumerized world, suggests Mark Breading, a partner at Boston-based research and consulting firm Strategy Meets Action. He characterizes the consumerization phenomenon as the mass availability and ease of use of a variety of information technologies by the general public. "It's not just mobile; it's about bring-your-own devices and apps, using cloud-based services, and even building applications and websites," Breading says.

Insurers must react to the phenomenon both in their internal working environments and in the ways they interact with the public, Breading advises. "What if somebody developed the 'killer app' for financial planning?" he poses. "If you then have millions of people suddenly using a popular app, providers of life insurance, annuities and other products will need to adapt to that."

Insurance technology officers need to strike a balance between tapping the power of consumerization without letting chaos reign, according to Breading. "CIOs need to think about policies concerning technology use; they need to identify architectural implications for network bandwidth, storage, and data privacy and security," he says. "Instead of a traditional 'build it and they will come' mentality, they need to think about unleashing the creativity inherent to new technologies, and not only on the part of IT developers, but all employees, as well as external parties, including consumers themselves."

Coming to Grips With Losing Control

What makes consumerization so unsettling to CIOs and senior management in general is that it signifies a shift in the control of information, suggests Frank Petersmark, CIO advocate with technology consulting group X by 2. "Technology ubiquity has fundamentally changed the control landscape from the insurer side of the ledger to the consumer side," he says. "In the past the insurer controlled the data and devices — not any more."

The dislocations caused by consumerization are resulting in a kind of existential crisis for insurance CIOs, adds Patrick Molinieux, chief strategy officer for CSC's financial services group. But consumerization has only increased the role of technology in the insurance enterprise, resulting in a greater opportunity for CIOs to step forward and consult about emerging technologies, he says. "It gives CIOs the opportunity to become a futurist."

Consumerization, however, also forces the insurer to engage consumers on their own turf, necessitating a close alliance of IT with senior marketing executives charged with responsibility for the customer experience. That alliance can be a partnership, or it could result in the subordination of the CIO's role.

"The CIO can be a driver of corporate strategy but needs to be careful not to be sidelined," Molinieux counsels. "If the CIO doesn't accept the new responsibilities created by consumerization, there's a risk of being forced back into nuts-and-bolts considerations -- somebody will pick up that baton."

When it comes to innovation, insurers have tended to resemble settlers rather than pioneers, X by 2's Petersmark cautions, and most will likely have to work hard to meet the accelerated transformation driven by consumerization. "Most insurers lack a holistic and cohesive plan about what to do with the trend," he says. "The few that do will struggle with the daunting task of refactoring their technology platform and data access streams to quickly take advantage of the trend."

Carriers that can move faster will gain some differentiation, and one way to speed cultural adaptation is to leverage the insights of employees for whom consumerization is more natural, Petersmark suggests. Most new employees enter an organization with a far more robust set of productivity and networking tools, which can be problematic or even catastrophic for some organizations, he says. But it also presents an opportunity. "Forward-thinking companies are addressing this by creating a small team of their more cutting-edge — think: younger — employees and asking them to recreate some of the core application functions of the company in the form of more customer-friendly mobile apps," Petersmark reports.