50%
Tweet
Indiana Farm Bureau Insurance SVP and CIO Greg Clancy has overseen the replacement of nearly all of the company's primary systems. And he had to remake the IT organization in the process.

IFBI will be embarking on these projects with a significantly different kind of IT organization, Clancy notes. "Back nine or 10 years ago, expectations were pretty low," he acknowledges. "We've raised them. We recognize when people are doing great things." In addition to an automated performance evaluation system and incentives, the IT team is motivated by the "sense of working for a competent organization, and working on projects that really affect the business," Clancy says. "There's a pride in being part of that type of organization that motivates people." 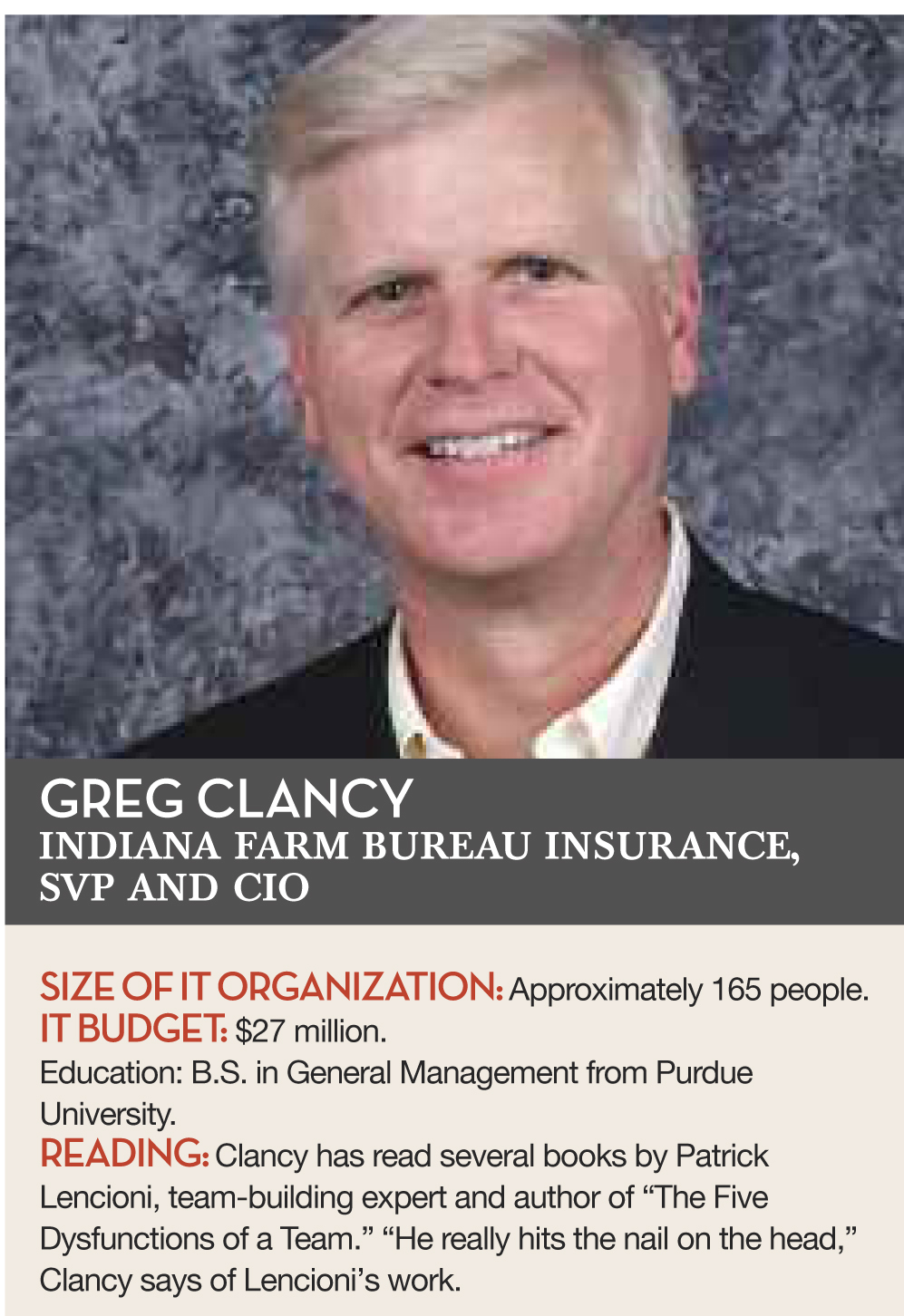 Ultimately, Clancy -- who recommends the books of team-building authority Patrick Lencioni -- considers developing a high-performance IT organization at Indiana Farm Bureau Insurance to be his most significant accomplishment so far. "When I came here, there were some people who were not in the right places, there were people who shouldn't be in the places they were in," he recalls. "The IT group was very siloed; they didn't work well even within themselves." While Clancy did bring in some new blood from outside, for the most part people in the group embraced the need for change. "They just needed different expectations, to be a part of a team," he says.

"Now I have a great team of people," Clancy declares. "I'm proud of what we accomplished, because I do very little of it. I've got a team of people who know how to get things done and work well together. That's probably what I'm the most proud of. When you have team like that, you are able to accomplish great things."