50%
Tweet
Telematics-powered, usage-based auto insurance has been slow to get off the ground. But industry observers insist it finally is poised for a meteoric rise. 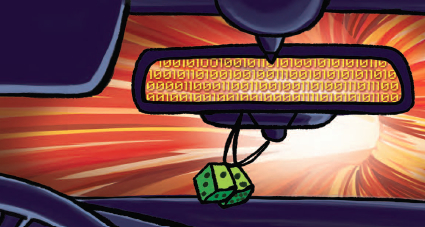 Telematics on the Rise
For insurers looking to take the plunge into usage-based insurance and other telematics-powered initiatives, now is the time.
Usage-based auto insurance, in which policyholders' driving data are reported via telematics devices to the insurance carrier for purposes of adjusting premium, has long been a thought experiment for most P&C insurers. While some companies -- most notably Progressive in the United States and Norwich Union (now Aviva) in the U.K. — introduced usage-based programs in fits and starts in the past, over the past year the landscape has changed dramatically, making it easier for insurers to rationalize rolling out telematics programs. And that has led to a competitive environment that is quickly heating up.

"We've been at this longer than anyone else, and when competitors are emerging, we see that as a compliment," says Richard Hutchinson, general manager of usage-based insurance for Mayfield Village, Ohio-based Progressive ($4.2 billion in Q1 2012 written premium). "We've learned to honor our competitors over the years — they can be very good. And we're hearing from industry observers that a lot of them are looking to launch telematics products."

Even with more usage-based coverage options in the market, though, consumer adoption isn't yet at an ideal level, according to Tom Kavanaugh, a director in New York-based PricewaterhouseCoopers' financial services practice who studies the usage-based insurance industry. He says carriers need to do a better job of educating consumers on the benefits of this type of coverage.

"When we started doing work and research in this space about six or seven years ago, we at that point had modeled much more significant penetration on the personal lines side than we have seen to date," Kavanaugh acknowledges. "No carrier is doing a particularly good job of driving market awareness. As a result, you're not seeing the level of consumer adoption that we've expected at this point."

But the stakes are high, Kavanaugh adds. Those insurers that can acquire customers interested in usage-based insurance now, he explains, are bringing in some of the best prospects for the product — low-risk drivers who don't add much risk to the portfolio.

That's a big reason why Progressive has been so aggressive in marketing its Snapshot usage-based product, which is available in 42 states, according to the insurer's Hutchinson. "We want to have the first-mover advantage," he says. "Many people see potential value for themselves in it and want to prove that out."

For insurers looking to take the plunge into usage-based insurance and other telematics-powered initiatives, now is the time, Hutchinson and Kavanaugh agree. Insurance & Technology has identified five reasons why the technology is poised to take off in the next year.

1. It's Not Just About On-Board Devices Anymore

For more than a decade, the telematics model was monolithic and daunting in its implications: Insurers needed to conceive, develop, test, get approval for and mass-produce a device that could plug into the on-board diagnostic port of a vehicle to glean the required data. In fact, before cellular technology had proliferated to the point it has reached today, these devices had to be removed and plugged into a home computer to transmit the data to the carrier. All of this was a lot to ask of customers and loaded a lot of costs onto the insurer at the front-end of the program.

"A lot of folks are still struggling with making the economic equation work, and they don't want to open the floodgates," PwC's Kavanaugh says. "But the costs associated with being able to gather, transmit and analyze the data in order to ultimately price is becoming more efficient."

The biggest game-changer to this end is the increased number of cars on the road with built-in connectivity. Services such as General Motor's OnStar and consumer devices such as GPS and smartphones have brought the Internet on the road and mitigated the need for device development. Insurers have begun forming partnerships with auto manufacturers to facilitate data transmission. Most recently, Bloomington, Ill.-based State Farm ($32 billion in 2011 premium) and Dearborn, Mich.-based Ford announced such a pact.

Policyholders who opt into State Farm's Drive Safe & Save program and who own Ford vehicles equipped with the SYNC computing platform can upload a vehicle health report to the insurer, which will adjust the premium (only down, never up) based on how many miles the person has driven. But this isn't the only way policyholders can get into the program, State Farm spokesperson Holly Anderson notes: OnStar was a launch partner for Drive Safe & Save last year, and shortly thereafter the insurer selected an on-board device from Hughes Telematics (which was acquired by Verizon at the beginning of June) for customers without on-board transmission capabilities.

"We knew Drive Safe & Save would allow us to more precisely measure the cost to insure autos, but the question was, 'How do we implement that?'" Anderson says. "Having so many of these different options available allows our customers to choose what they're comfortable with."

PwC's Kavanaugh says he anticipates a fleet of vehicles with computing platforms for which consumers can purchase applications, following a similar model to the Apple App Store and Android Marketplace. But Doug VanDagens, global director of connected services for Ford, says rather than building transmission capabilities into the car, using the smartphone to enable these connections is better for all parties involved.

To transmit the vehicle health report for State Farm's Drive Safe & Save program, drivers pair their smartphones with their cars via Bluetooth, and the cars use the phones' Internet connections to complete the request. "You've already got tremendous processing power on your phone, and the automotive companies don't want to interfere with that," VanDagens says. "We have a lot of opportunity to take some of these services and push them out to the cloud."