50%
Tweet
Oregon's exchange has shut down, sending its workload to HealthCare.gov, and at least two others are keeping this option open for the next enrollment period that starts in November.

More than nine months since the rocky launch of the nation's public health insurance marketplaces, the state-level exchanges are still a work in progress.

Collectively, more than 8 million people have signed up through the state marketplaces and the federal site, HealthCare.gov, since their inception, according to the Obama Administration's April tally.

Initially, 14 states planned to implement their own insurance shopping sites. But one state-run exchange has shut down, shifting its workload to HealthCare.gov, and at least two others are keeping this option open.

In April, Oregon's Cover Oregon said it would shut down and send state residents instead to the federal HealthCare.gov site. Cover Oregon cited costs, including the expense of fixing the site before the next open-enrollment period in November, as among the reasons for the decision.

For Maryland, which is in the process of replacing its website before the next open enrollment period starts Nov. 15, the problematic launch of its marketplace has included an interface that seemingly caused the vast majority of users to pick one plan.

The Washington Post reported earlier this month that 94% of the 72,000 Marylanders who signed up for a plan though the marketplace picked a plan offered by Maryland-based insurer CareFirst. 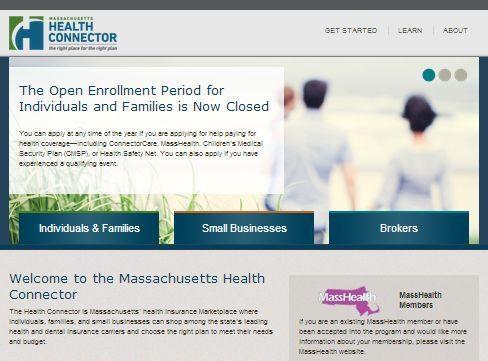 Massachusetts Health Connector and other state health insurance marketplaces are retooling for the next open enrollment period.

Since spring, Massachusetts' Health Connector site has been following a dual path: Replacing its original, dysfunctional software while preparing to join the federal exchange.

But last week, following a successful test of the new hCentive software, Maydad Cohen, special adviser to the governor, told The Boston Globe he was increasingly but cautiously optimistic that the state will be able to employ the hCentive software when the next open enrollment starts on Nov. 15.

If the hCentive software passes another test in early August, the state will reportedly stop preparations to join the federal website. Even if the test fails and the state joins the federal exchange, it plans to develop its own system for 2016, according to published reports.

Unfortunately, there isn't one element behind success or failure of state exchanges, Sanjay Singh, CEO of Washington, D.C.-based hCentive told InformationWeek in a phone interview. Apart from Massachusetts, hCentive has helped New York, Kentucky, and Colorado set up their exchanges.

Read the rest of this article on InformationWeek