50%
Tweet
Geocoding, modeling, digitization, modern claims systems and dashboards are among the technologies that are helping insurers do a much better job of catastrophe forecasting, planning and response, 20 years after Hurricane Andrew caused more than $26 billion in damage. 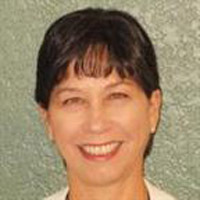 August 24, 2012 marks 20 years since Hurricane Andrew devastated South Florida, causing billions of dollars in damage and resulting in about 700,000 insurance claims. The historic storm and its aftermath prompted insurers to reassess how they prepare for – and deal with – catastrophic natural disasters. What are the biggest changes in how insurers anticipate and respond to hurricanes and other natural disasters in the 20 years since Hurricane Andrew? What technology has had the biggest impact on insurers’ ability to respond to disasters?

The 20-year anniversary of Hurricane Andrew’s landfall in South Florida serves as a timely and dramatic reminder of the wide-spread devastation a major storm can cause, and the importance of preparing for the unexpected. As an insurance company, our promise is to be there for our customers to help them recover following such a catastrophe.

Since Andrew, there have been many significant advances — specifically in technology — that have dramatically improved our ability to respond. Following Andrew, we were reliant on land-line telephones and letters to communicate with our customers. The small numbers of cell phones in use were large, bulky, and had limited reception. Additionally, there was limited aerial imagery to rely on to document damaged areas. Today’s global positioning systems would have been highly useful in 1992 as we navigated street signs and buildings that were damaged, missing, or unrecognizable.

The Internet, associated applications, and other technical devices have had a huge impact. These advances allow us to better communicate with our customers, most of whom have mobile phones that feature more advanced computing capability and connectivity. Customers can now stay in touch with us via their phones or laptops should they need to evacuate their homes. Additionally, customers can report their claims either by the 1-800-SFCLAIM toll-free number or online at statefarm.com.

State Farm continues to make technological improvements within our internal catastrophe response systems, all with the goal of improving our ability to help our customers recover should a storm threaten Florida.