50%
Tweet
Hiring in the insurance technology sector is showing signs of life, and compensation for insurance IT staff is trending upward. But pay for IT managers is sliding.

As the economy continues its slow climb upward, so does the insurance industry's staffing and salary outlook, according to the findings of the 2012 InformationWeek U.S. IT Salary Survey. Last year insurance organizations were emboldened by the recovering economy. They saw their tech budgets increase and resumed large-scale projects that had been put on hold when the financial industry was in crisis mode. Insurers also began to hire full-time IT personnel who would help their organizations become more competitive and run more efficiently. 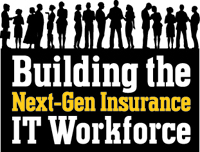 In 2012 the insurance industry appears to be continuing that momentum. Margaret Resce Milkint, managing partner of Jacobson Group, an IT staffing and recruiting firm based in Chicago, says she has seen vast improvement in the marketplace during the past year or so. "We've seen some great recovery — it's been very positive," she comments, "particularly in the IT space."

But Resce Milkint says she has not seen vast changes in insurance IT compensation from last year's levels. During the financial crisis in late 2008 and 2009, "The insurance industry was relatively insulated, and we did not see a dramatic salary decline," she says. "The insurance industry really held its own. Salaries remained competitive and strong, so there has not been a wild increase or decrease."

The flat compensation trend does not appear to have hurt job satisfaction. When it comes to all aspects of the job, including compensation and benefits, two-thirds of insurance IT staff (66 percent) and managers (68 percent) said they are satisfied or very satisfied. Only slightly more than one in 10 IT staff and managers reported dissatisfaction with their jobs. These results have been relatively consistent between 2010 and 2012.

Vacation time and paid time off, as well as a flexible work schedule, are most important to IT staff, according to respondents to the 2012 InformationWeek Insurance IT Salary Survey. This is a departure from previous years. In 2010 and 2011 staffers identified base pay and job and company stability when asked what matters most to them about their jobs. This year 50 percent of insurance IT staff said vacation time and paid time off was important, while nearly as large a group (49 percent) cited a flexible work schedule.

While IT staff and management sometimes have responsibilities outside the IT realm, a majority of respondents to the 2012 InformationWeek Salary Survey said they are solely focused on IT in their current job. More than eight in 10 (82 percent) IT staff and six in 10 (63 percent) IT managers said their responsibilities fall within the IT organization only. Some staff also become involved in research and development and business development, and some managers reported involvement in sales and marketing, business development and IT support functions, among other activities.

[For more research on life in insurance IT, download the complete InformationWeek 2012 U.S. Insurance IT Salary Survey.]

The focus by insurance management and staff on pure IT functions contrasts with technology professionals in the banking and capital markets space, who seem to wear many hats as they go about their work. In banking and financial markets, just more than half (55 percent) of IT management and about two-thirds of IT staff (68 percent) are focused on IT only. These managers and staff were also more likely to add research and development, finance, and business development to the scope of their job responsibilities.

Working in insurance IT involves an array of technical and business skills. According to the survey results, business skills have become critical for IT folks working in all levels within insurance organizations. A majority of insurance IT staffers (67 percent) and a wide majority of IT management (86 percent) reported that the ability to align business and technology goals is critical to their jobs, while 63 percent of staff and 78 percent of managers said collaborating with internal stakeholders is critical. Managers also must be able to use their people-management skills, managing vendors and building vendor relationships, while staff consider the ability to analyze data, develop applications and integrate enterprise applications critical to their jobs.

In addition, insurers' heavy focus on data is creating a demand for IT staff and managers who can help insurers leverage data for competitive differentiation. "Insurers recognize the power of their data and are looking to use it to their best advantage, so we are seeing growing sophistication in the area of analytics," Jacobson Group's Resce Milkint says. "Anyone with a background and skills in business intelligence and business analytics is very hot today."

Another area that has been hot of late, Resce Milkint adds, is project management. "Even in the IT leadership space, people who have expertise in project management — whether it's Six Sigma or Lean — that foundational skill set is very attractive today," she says. "The insurance IT industry is still lacking in overarching leaders — people who have great general management skills, who are poised and articulate, and who can present and speak the language of business. So this is an area where we can continue to fine-tune, build and hone strength."