100%
Tweet
Among the regulatory challenges facing insurers in 2015 are TRIA uncertainty and new requirements around capital standards and ORSA. Data mastery is key to compliance.

Complying with regulatory mandates is nothing new for insurers, but 2015 could be a particularly intense year. Uncertainty about the fate of the Terrorism Risk Insurance Act, the promulgation of capital standards for financial institutions, fighting cyberfraud, and the ongoing rollout of the Affordable Care Act are just some of the compliance challenges facing insurance companies this year. Insurance & Technology asked experts from various segments of the industry about the regulatory picture for 2015, and the role technology might play in carriers’ responses. Here are their forecasts:

TRIA impact -- whether or not it passes

On the Federal regulatory front, the Congress did not return before the end of 2014 to pass TRIA legislation. Congressional leadership has indicated that passing TRIA legislation will be a top priority when Congress returns in early 2015. Regardless of the eventual details of the changes to TRIA, companies will need to respond operationally with new disclosure and possibly new policy forms.

In addition, there is a potential that the changes to TRIA will create a need for insurers to examine what effect, if any, the new TRIA may have on a company's approach to underwriting terrorism, as an increased co-share or trigger may affect the level of appetite depending on individual company circumstances. If TRIA does not pass in 2015 and is not reinstated, then there will be both operational and underwriting impacts. As well, the federally mandated offer will expire and a new definition of terrorism (absent mention of TRIA) will be required. 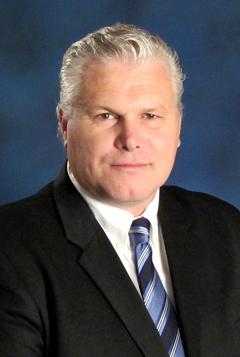 On an international basis, a significant issue in regulation in 2015 will be the continuing efforts to create an international capital standard (ICS) applicable to Internationally Active Insurance Groups (IAIGs). These efforts are being driven by the Financial Stability Board (FSB), a creation of the G20 developed by the International Association of Insurance Supervisors (IAIS).

The NAIC is revising its recently adopted Model Holding Company Act (MCHA) to incorporate a set of factors to follow when determining the appropriate group-wide supervisor (GWS) of an IAIG. This is because Pennsylvania adopted a GWS process and several states followed with their own versions. The potential impact of the addition of the GWS language to the MHCA includes multiple state regulators declaring themselves GWS for an IAIG, or a state regulator declaring itself the GWS for an IAIG with contacts in that state, even if supervision is more appropriate in a foreign jurisdiction.

The Own Risk Solvency Assessments (ORSA) requirements are going into effect in varying stages in 2015. An ORSA constitutes an internal process performed by an insurer (or group) to evaluate the adequacy of its own risk management and present and future solvency positions under various stress scenarios. In executing an ORSA, insurers will be required to analyze reasonably foreseeable and relevant material risks (i.e., underwriting, credit, market, operational, liquidity risks, etc.) that could affect an insurer’s capacity to meet its policyholder obligations.